Had some extra spare time over the holidays to get some painting in. At the last Fall In, I picked up enough figures to field the British and Rebel armies at Cowpens for Maurice wargaming rules. I finished up my first unit, the British Legion infantry. I opted for green jackets and light infantry caps. The officer got bucksin colored trousers and the drummer clad all in green. Not sure how historically accurate, but then again who is? The figures are Blue Moon and they are an absolute delight to paint...

In hindsight, I wish I had added some infantry in uncocked hats for diversity. If I paint a second unit, I will mix in more hats and a little more "ragtag" look. 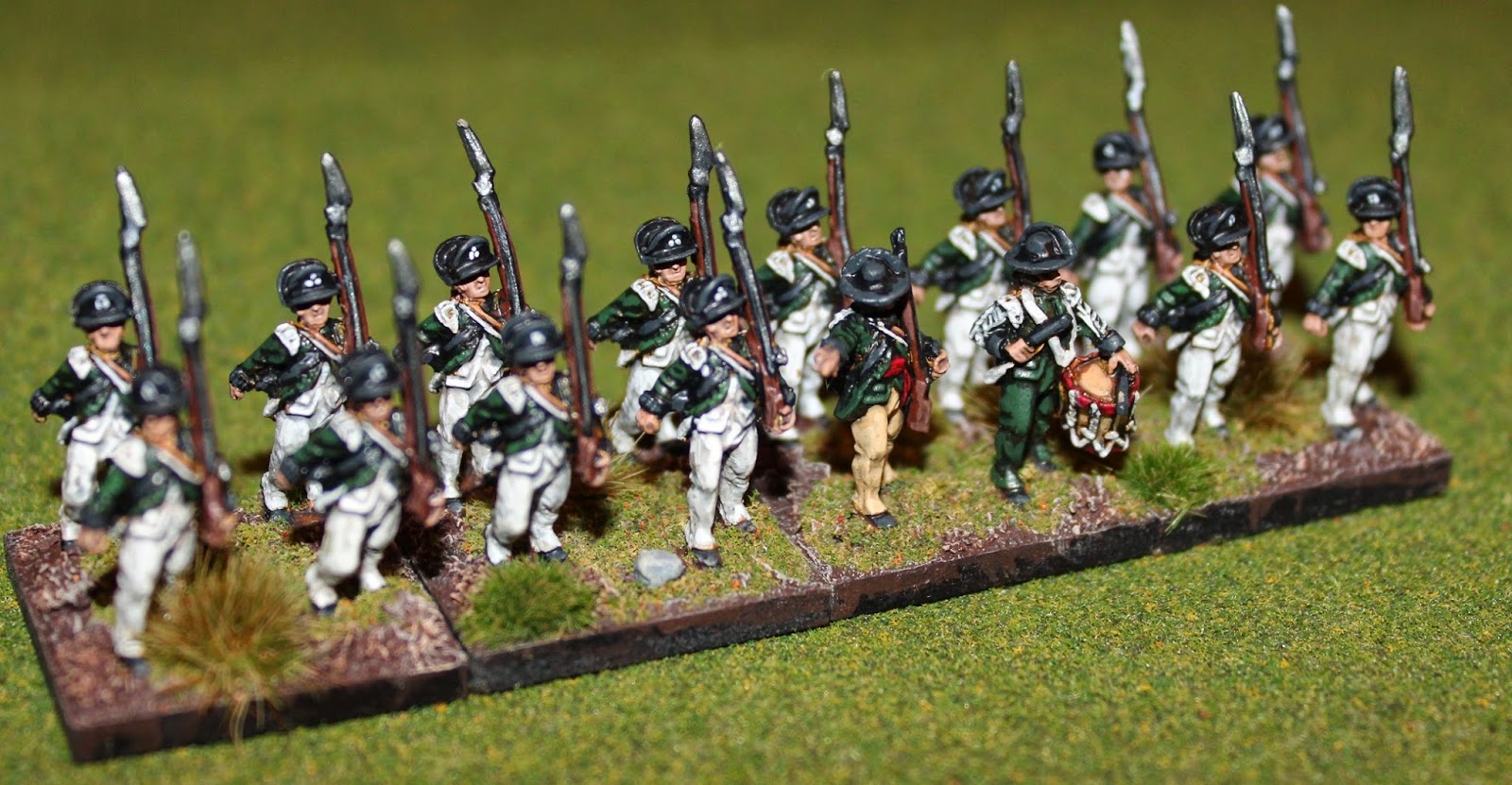 I used Reaper paints and finally found a base green that I was happy with (Shadow Green), the white is Reaper polished bone base coat with craft store white highlights. I'm not sure what the British Legion drums looked like, so I went buff with red. I just realized I forgot to paint the officer's gorget a brass color, that will have to be remedied. 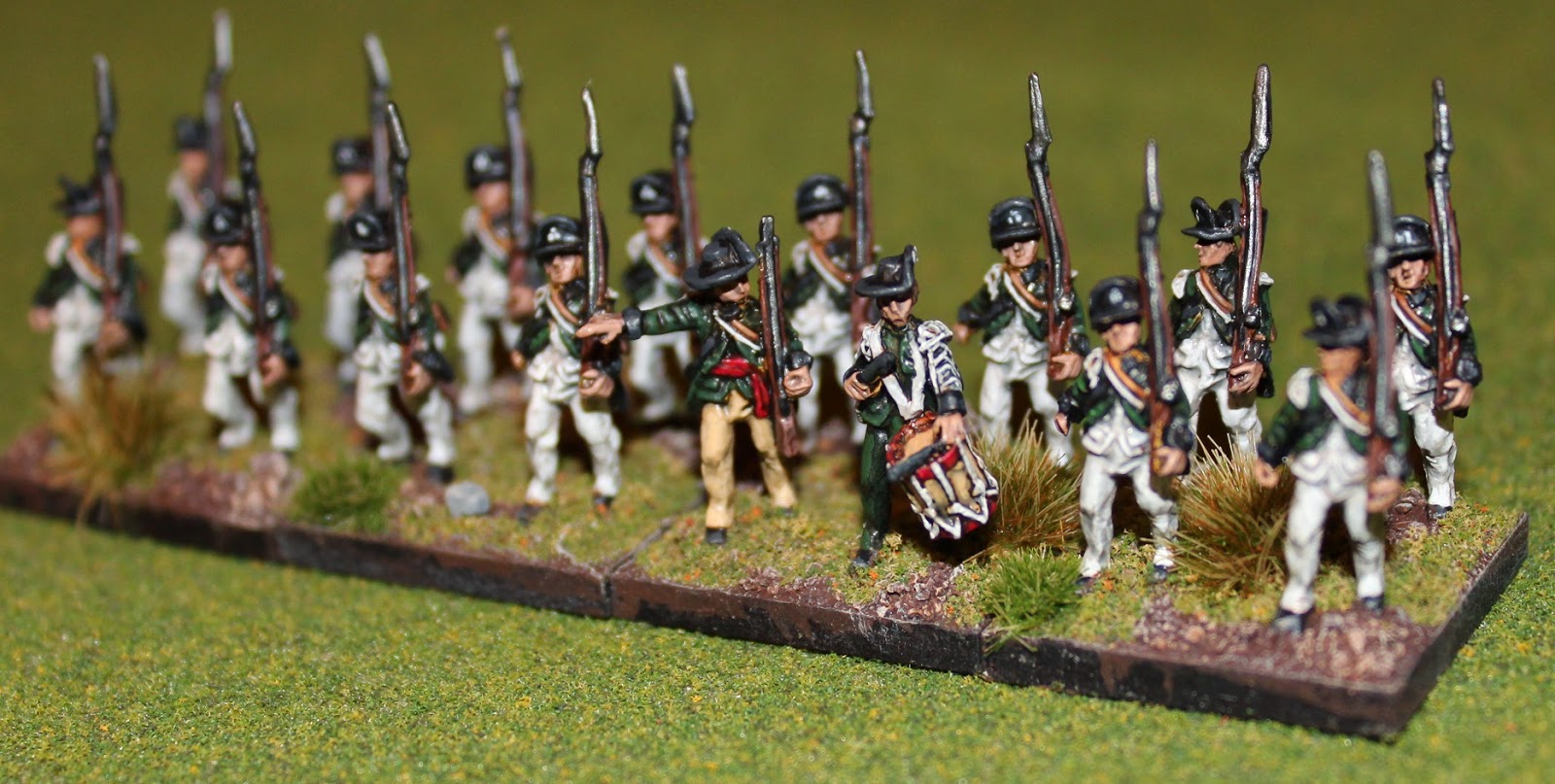 I also managed to finish up three more 10mm Danish units for the 1848 Schleswig War, adding an infantry unit and two jager units. The Jagers are "skirmishers" in the Neil Thomas rules for the 19th century and only comprise of two bases with two figures each. 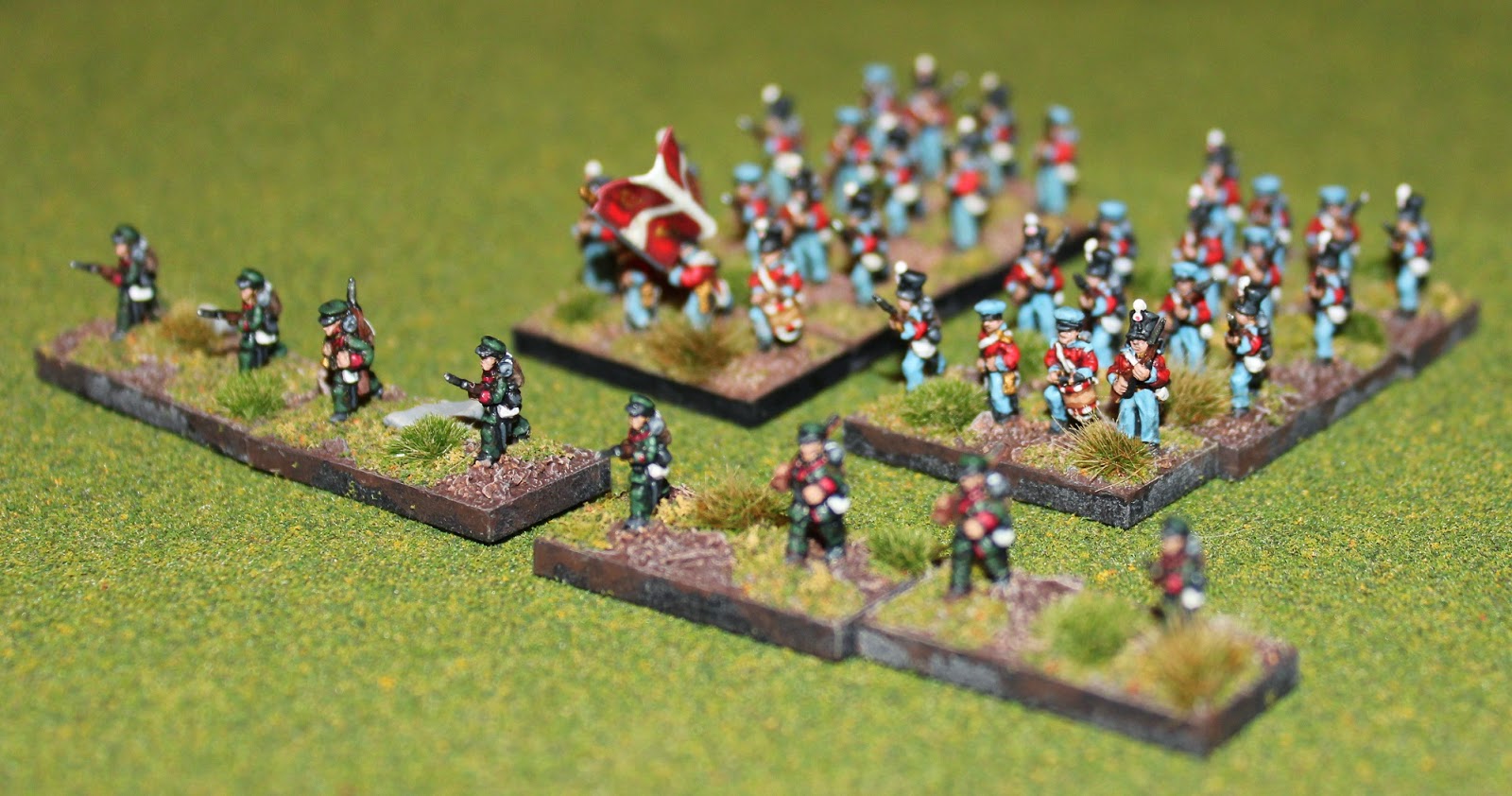 I used Reaper's "Shadow Green" for the jagers. I have to admit that I incorrectly painted the jager cross straps red (instead of black), but I will leave them since it looks sharp anyway.

Next up are dragoon units for both Schleswig Holstein and Denmark, as well as some SH jagers. I completed 15mm Royal Ecossais for the '45 but haven't added flags yet. 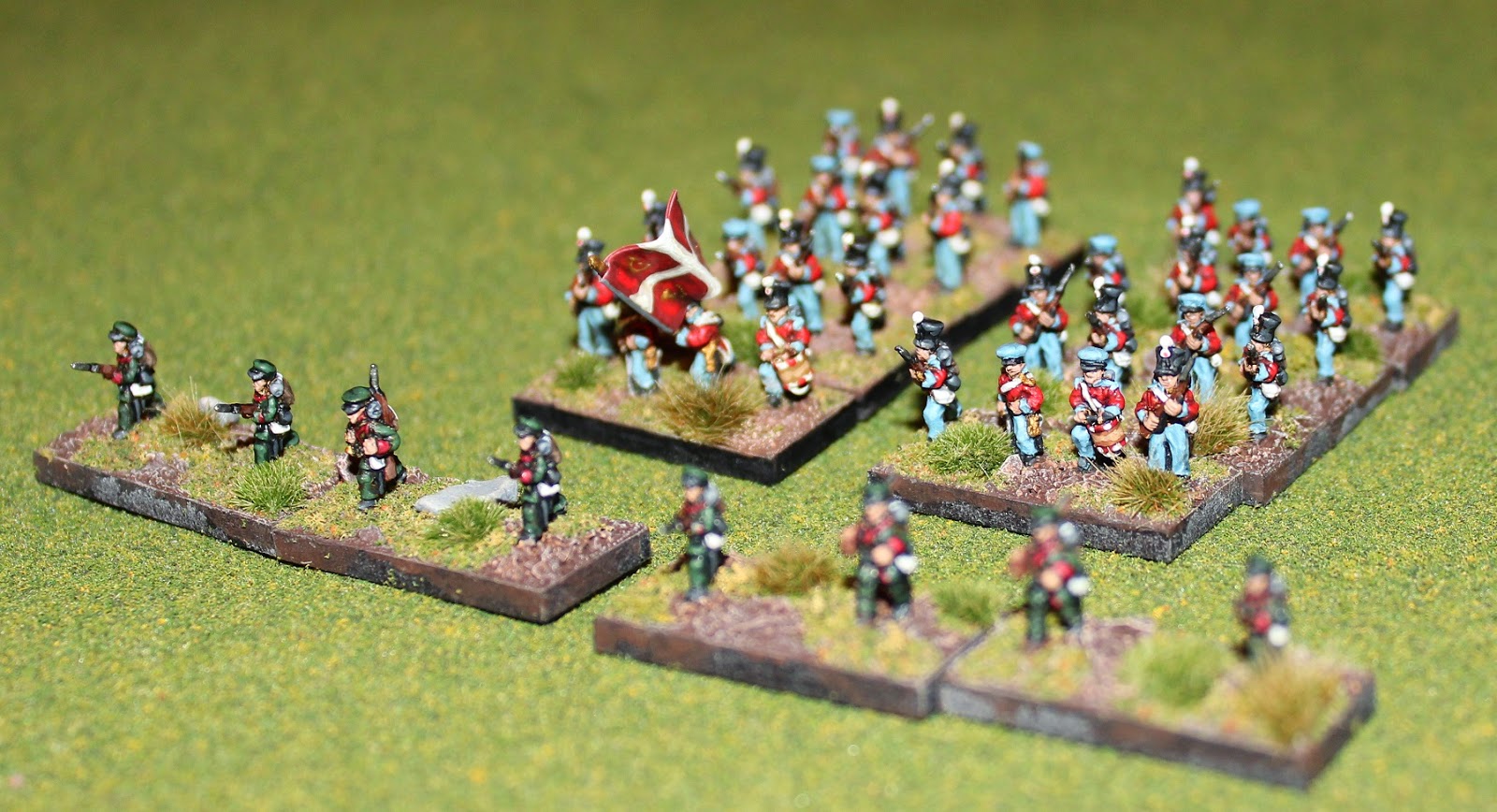