Finished up two bases of Conquistadors (arqubusiers and targeteers) and two bases of English Adventurers, one last step was to dull-coat varnish them....a quick first spray and horror! I had accidentally picked up the Testor's black primer instead of Dullcoat! The cans are very similar: 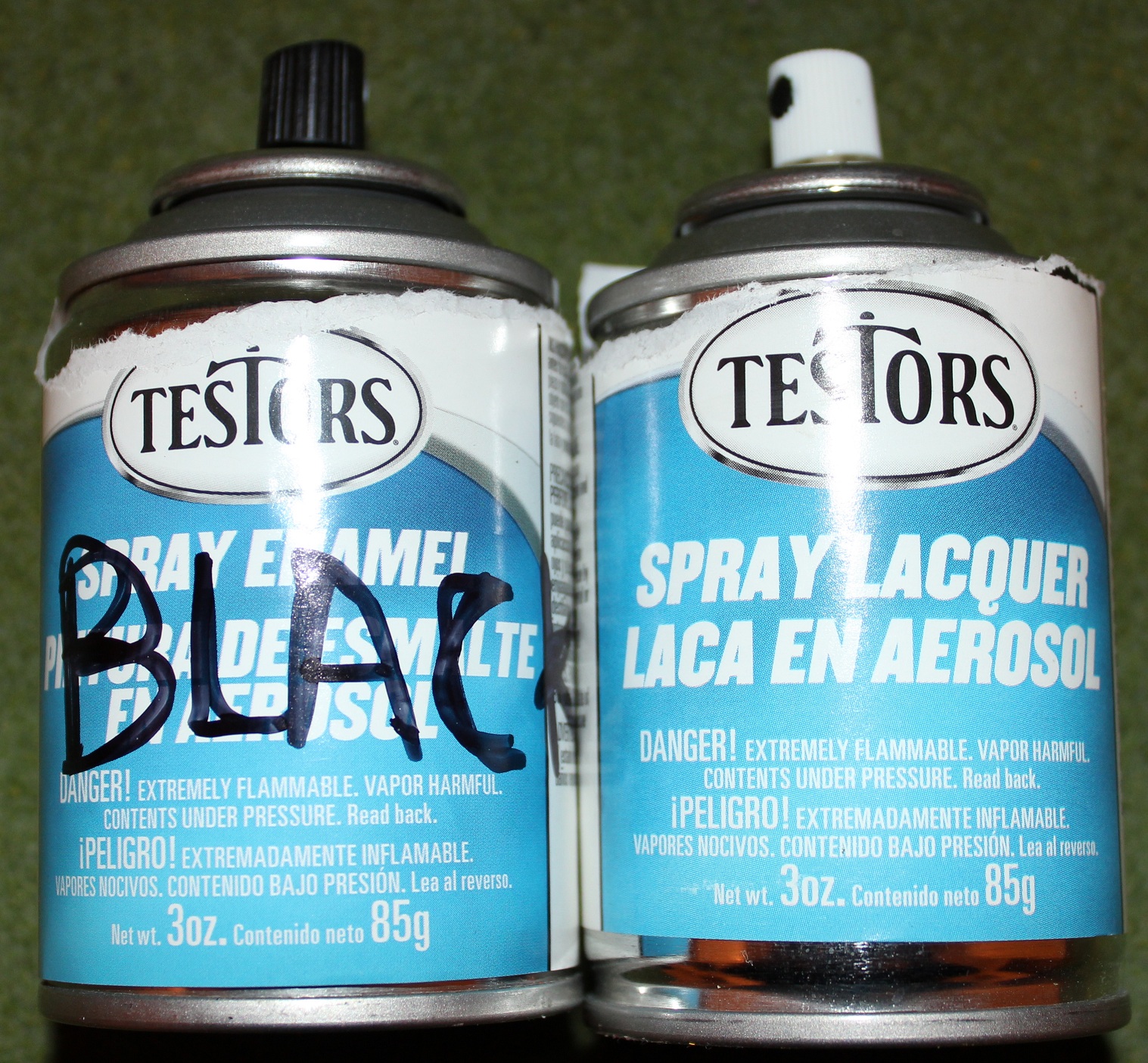 (The "BLACK" written with a Sharpie after the incident.)
The damage, while it appears minimal at first glance, may require me to strip down the figures and start from scratch. There is black spatter on these three bases, it appears one base of Spanish Targeteers escaped the blast radius:

(The base in the middle took the most damage.) 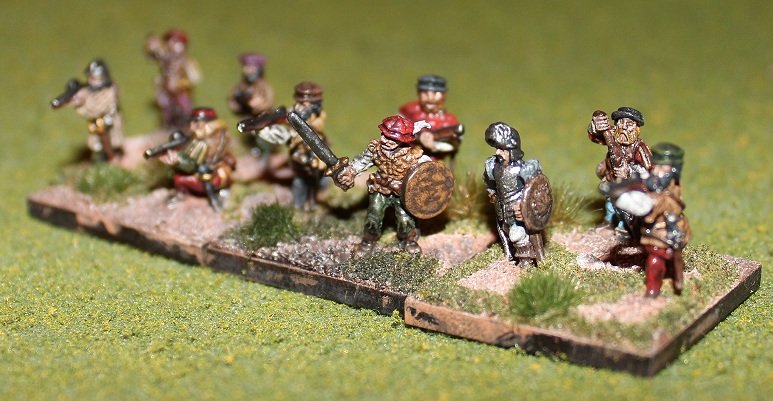 (Alot of the damage isn't really visible, but trust me...it is there.) 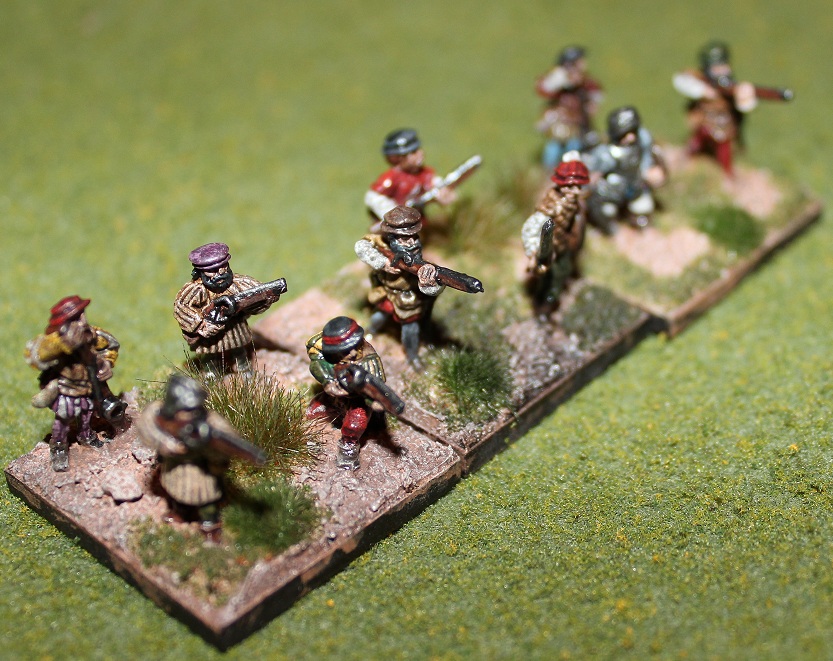 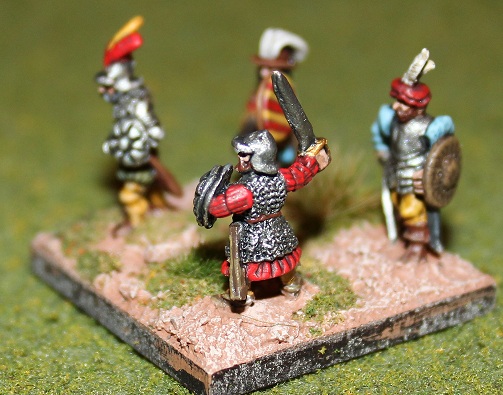 (Above and below is the one base that escaped damage.) 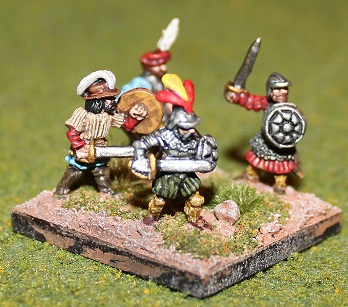 Before the spray can incident, I was very happy with how the figures were looking. They are a mix of Khurasan, Naismith and QRF. I am awaiting on some more QRF English. I am trying to motivate getting back on track with my European explorers/adventurers. Wish me luck!
Posted by Le Coq Fou at 4:27 PM 3 comments:

I ordered three Iroquois Longhouses from Acheson Creations. They were about $5 each and when I received them, I could not have been happier. Cast in a grey colored resin, which seemed more durable and more "plastic" than other resin buildings I have. I primed it with black Krylon Fusion and gave it a series of drybrushes of various grey and tan shades. Based on plastic styrene, I flocked my typical manner. I can't recommend these buildings enough and look forward to more orders from Acheson.

They are displayed above with my Iroquois war party. I have been working on my English Adventurers as well as more "Naturals". For inspiration, I started reading Warpaths by Ian K. Steele, which is very good thus far. Also, have been watching "The New World" for additional inspiration. Wish me luck on more progress...
Posted by Le Coq Fou at 9:35 AM 3 comments: