I had the opportunity to travel with family to Denmark this past month. I was very excited for the the vacation and made sure my plans included some wargaming and military history stops. The first place on my list was Kastellet. 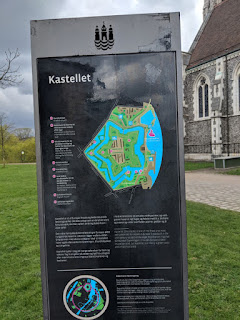 Kastellet was a 17th century fortification guarding Copenhagen. It featured heavily in the Battle of Copenhagen. 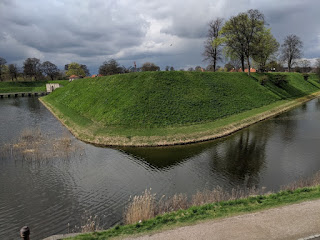 Its more of a park now, but the star design is still prominent along with the moats. It makes for a nice stroll and you can get some good visuals about how the English fleet approached the Danish fleet.

After Kastellet, we had lunch at Cafe Petersbourg. Its one of the oldest cafes in the city and is situated where the old Russian consulate was housed.From there we made a quick pit stop to Faraos Cigarer, the only wargaming shop I could find in the city. I was pretty impressed by the size of the shop. There were alot of boardgames and included your more common miniature ranges (Flames of War, Infinity, GW, Reaper Bones) and alot of paints and scenery items. I had to get something there so I bought a slightly overpriced boardgame called "The Grizzled". Its a co-op game set during WW1, the object is to survive the war. Cool!

Next up was Trelleborg, located on the other side of Zeeland in Slagelse. It is the site of the ruins from an old stone fort built by Harold Bluetooth (a noted Viking and the inspiration for the name of "bluetooth" technology). In addition to the stone fort, there were some replica Viking buildings and a small museum and gift shop. 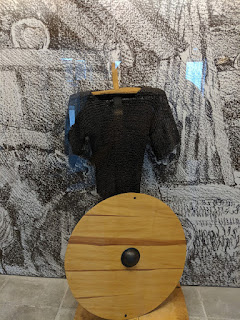 Some replica armor on display, there was also a section that allowed visitors to try on chainmail, helms, shields and Viking replica clothing. I have those photos but they are much too embarrassing to share. 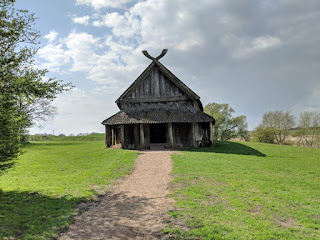 This was the replica Great Hall. Truly amazing, I walked in and sat on the throne. I felt like I was Ragnar Lothbrok ruling Kategat. I was informed by the nice woman working the museum shop that a group who still followed the old Norse gods would come out here for rituals. 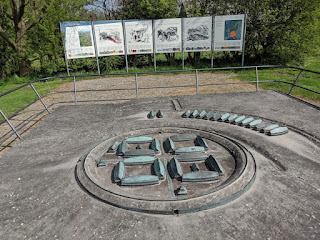 Here is a model showing the layout of the stone fort. 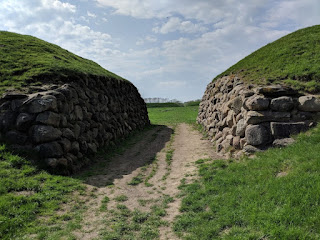 Entrance to the stone fort, I am almost 6 feet tall and only came up about to about 2/3 of the stones on the sides. Truly massive. 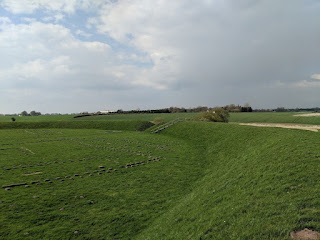 Standing atop the fort's walls. The stones laid out withing show the footprints of the buildings. 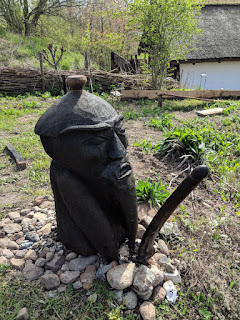 A well endowed Viking statue...The trip to Trelleborg really made me want to rush back home and break out my Baueda 15mm Viking army with Great Hall (still unpainted and in original packaging) and paint them up. I left the shop with some trinket souvenirs to hand out to coworkers and some mead for me...

My final hobby-related stop was the Danish Royal Arsenal Museum. I have to say I was blown away and I think any wargamer would be for all of the eye candy. Check it out below: 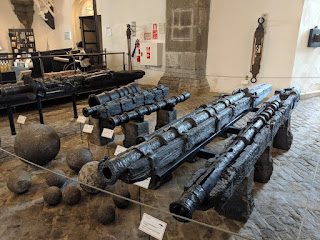 Some very early artillery pieces, I believe these were from the 16th century. You can see the museum shop in the background. 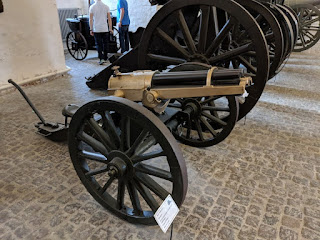 I believe this was a gatling gun...but I could be wrong. 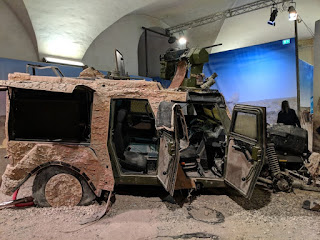 A Danish armored vehicle which was destroyed by an IED in Afghanistan. They brought it back to Denmark and placed it on display. It left me awed. All of the occupants survived. 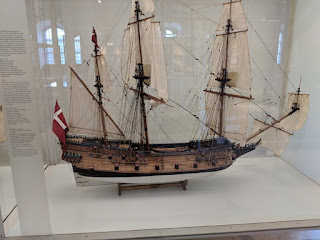 A ship model on display. I only included one picture of these but there were probably several hundred from the 17th century to modern ships. Truly awesome stuff. 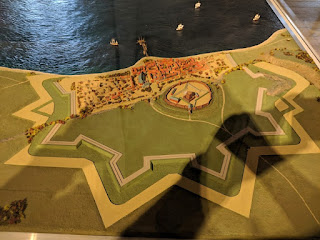 The museum also had several dioramas of famous sea battles involving the Danes. The above photo was from a 17th century naval battle between the Swedes and Danes. 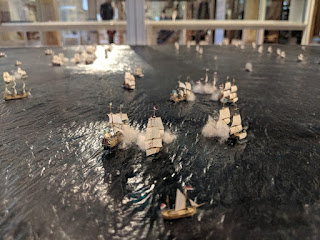 Look at these models! I think this was a Dutch/Dane fleet against Swedes. I believe the display claimed they were 1/1250 or something but they looked closer to 1/3000. The ships had rigging and everything. I couldn't tell if they were paper or carved or what, but they were amazing. 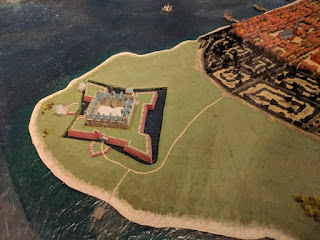 Another fortification and city, I think this was Copenhagen from the 17th century featuring Kastellet. 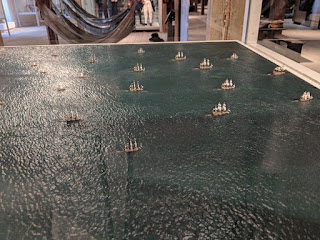 I believe this is a depiction of a naval battle involving Niels Juel, the great Danish admiral, but I could be mistaken. 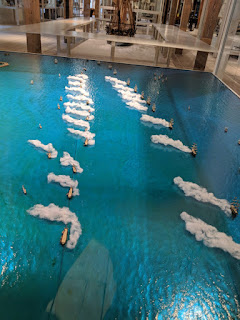 Battle of Copenhagen with the Danes on the left. 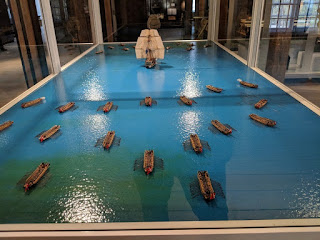 This was an interesting diorama depicting Danish gunboat galleys trying to attack a British ship of the Line. As I recall, the battle was a draw. 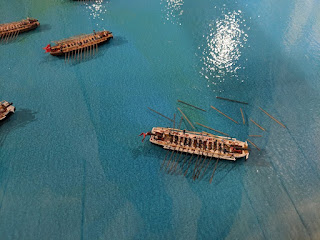 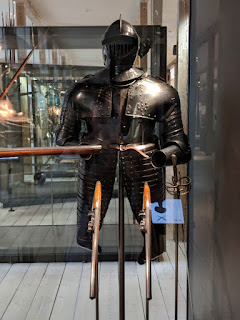 Under represented in my photos but not in the museum were collections of arms, armor and uniforms. The displays included digital displays that allowed you to learn more about the specific pieces.The displays ranged from 15th century armor to 21st century uniforms...all associated with Danish military history. 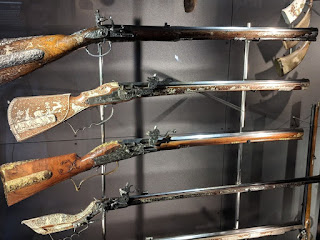 Some cool flintlocks and matchlocks on display. There was even a small samurai armor collection! I ended up buying some English language booklets on the 1st and 2nd Schleswig Wars as well as a biography of Niels Juel. It makes me want to break out my 10mm Schleswig War collections and resume those projects in addition to my 17th century naval ships...That about wraps it up. Visiting Copenhagen was a great experience. Friendly people, great food and awesome places to visit.
Posted by Le Coq Fou at 6:49 PM 1 comment: