Age of Arthur: A Book Review

Decided to take a pause and explain this recent surge in Dark Age Britain for me. It all started with Dan Mersey's "Glutter of Ravens" rules many years ago. I loved them, and made many 15mm purchases for my armies. That project never was fulfilled, and then Osprey came out with the first of their rulesets: Dan Mersey's "Dux Bellorum". I ordered them, read thru them and loved them. Ordered more 15mm figures, but it didn't feel right. I decided to sell off the 15mm at a loss and re-engage the project at 10mm. Ranges were more limited, but it felt right. Then I began reading actually about the period: 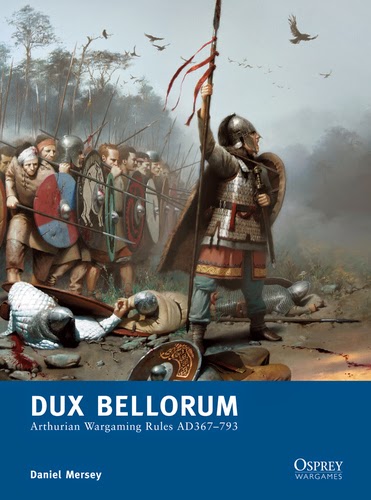 Dux Bellorum: A fantastic ruleset. I have read it, re-read it, discussed it and played it. I love it. No other Osprey ruleset has come close to this one. 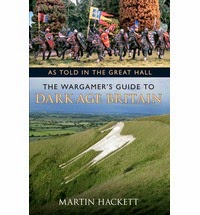 As Told in the Great Hall: This came across my Amazon recommended list and I ordered it on a lark. Great decision, lots of scenarios, information included. It has army lists, descriptions, scenarios and even rules. Very nice inspiration. TMP link here: http://theminiaturespage.com/boards/msg.mv?id=342737 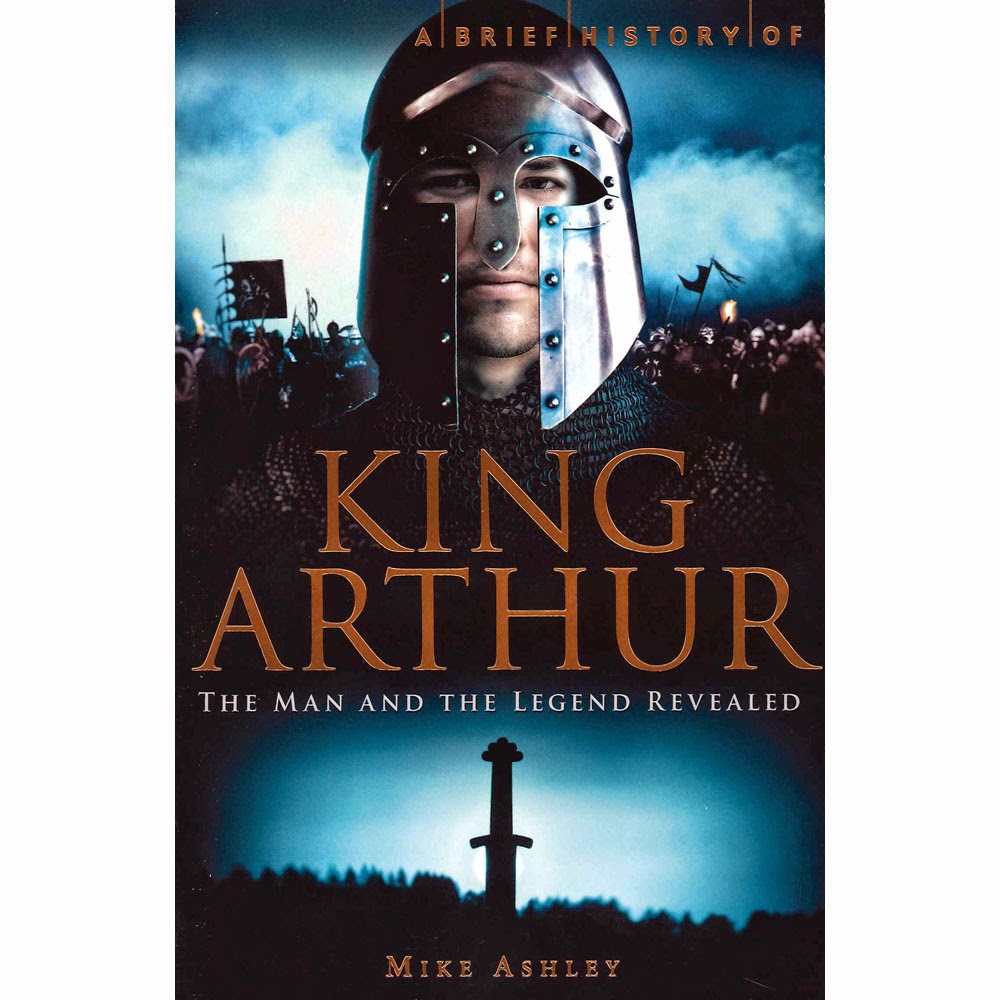 King Arthur: I bought this book on a whim from Amazon. The author goes thru great effort to prove that Arthur may have existed, which I don't mind. I am not finished the book yet, but I will recommend it based on the fact it includes more maps and family trees than any of the other books I have read (and its a cheap paperback). If you want a name for your warlord and a kingdom for him to fight over, this is your book. 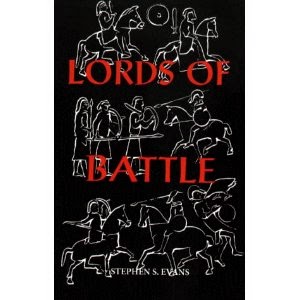 Lords of Battle: A tad dry, but very useful. I enjoyed reading how the comitatus and military structure of the combatants in Britain had many similarities (motivations, etc.). This book certainly re-enforces Mersey's approach to designing his ruleset in my opinion.

Battles of the Dark Ages: First time I tried to read it I found it incredibly boring. Then I picked it up a second time and realized something was very wrong with me! The book is very, very interesting. The author goes thru a great deal of work to try and pinpoint the location of battles and what type of forces were involved. A definite must-have if you are to game this period. Good maps of battles too.

I hope this brief review has assisted some, these are the books that have really spurred me on to the period. I also used some Warhammer Ancient Battles books and the accompanying eye candy to motivate/inspire me.

Got some 10mm buildings in the post from Total Battle Miniatures, and I am very impressed. I managed to get the great hall (and my is it great!) painted and based this morning. Here is how massive it is compared to a 60x30mm base of 10mm figures. A British/Saxon/Irish/Viking warlord could spill a lot of mead in this place! 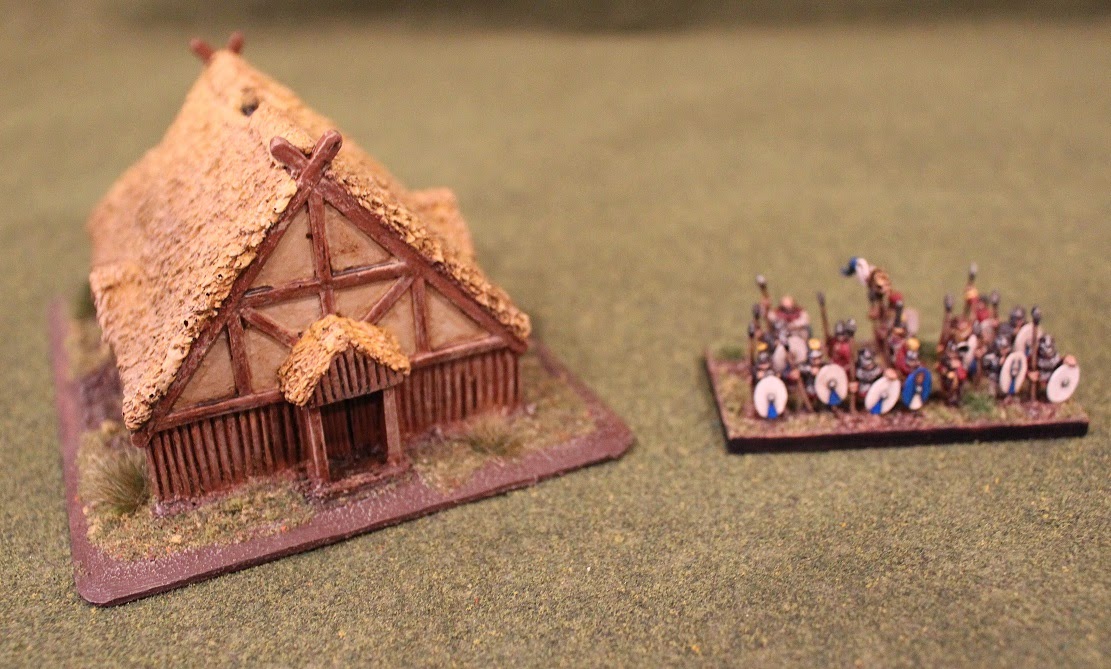 A simple paint job on the hollow, resin building with a sepia ink wash gave me a good result. Those wishing to spend more time could really make this thing look grand.

More posts to follow, I should probably review some dark age books that I have been plowing thru and hope more updates on painting progress!

While I haven't been posting as of recent, I have been painting (admittedly, in a rather slow fashion). I added two Irish warrior units (one noble, one regular), and some Romano-British Shieldwall and Riders. I am slowly but surely getting to the 32 point goal for Dux Bellorum. Next on my painting table is a dark ages great hall (Total Battle Miniatures), some Saxon foederati and then Noble British cavalry.

Regular Irish to the left, with the Irish Companions to the right (their warlord pointing ominously to the enemy). 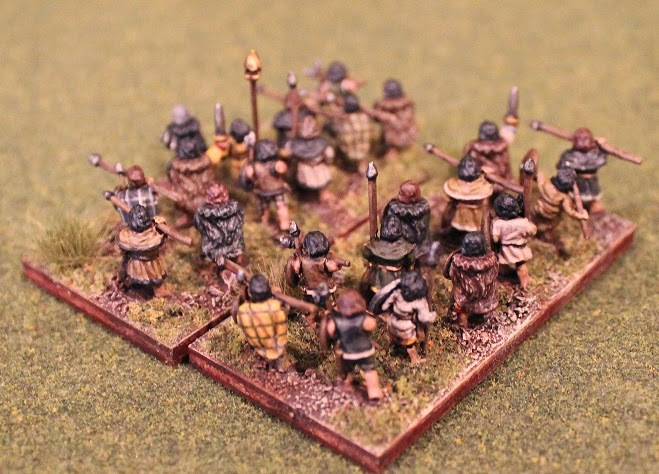 The rear of the two recently finished warrior bases, I tried to add some simple plaids, stripes and also keep colors within the Irish dress codes. 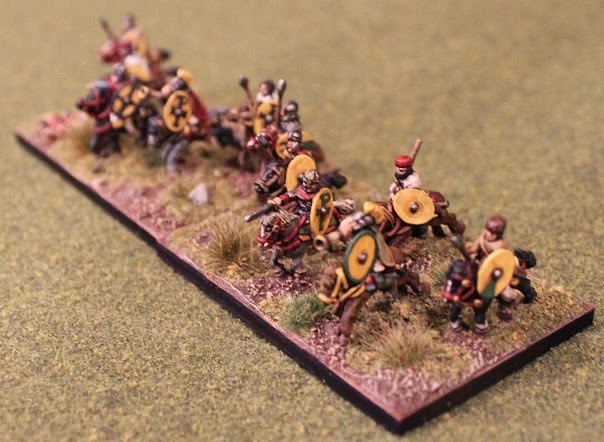 Here is a base of British regular riders (chaps with yellow/green shields). I added a sixth rider to the base, which fills in the base much better. 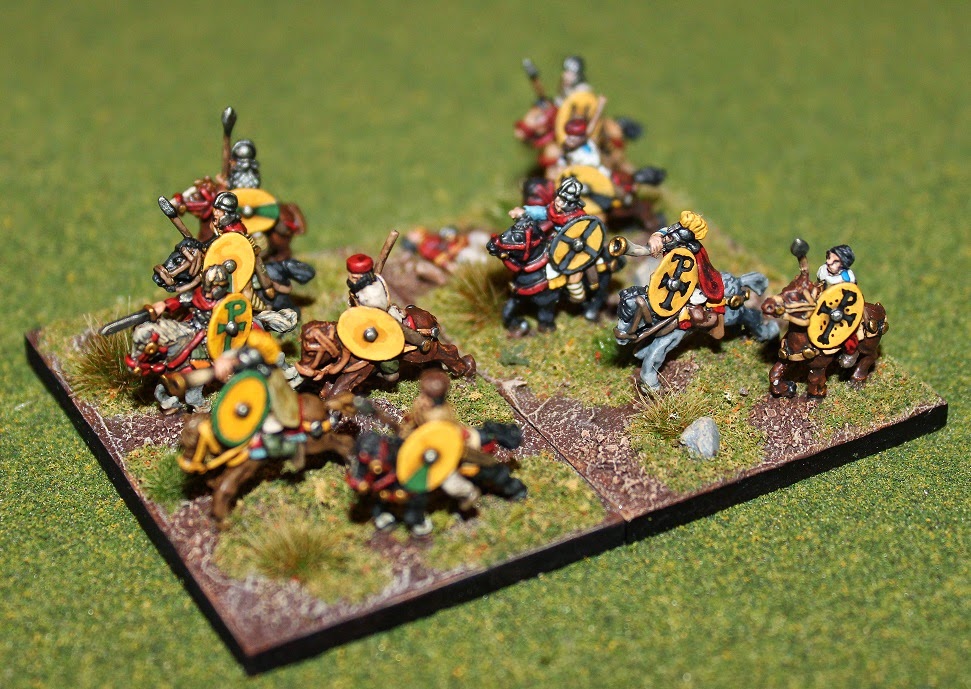 The British shieldwall, two noble units (white/green and white/blue) with one regular unit (yellow/blue). For the Romano-British, Nobles have banners and white shields while regular units are sans banner with yellow shields. 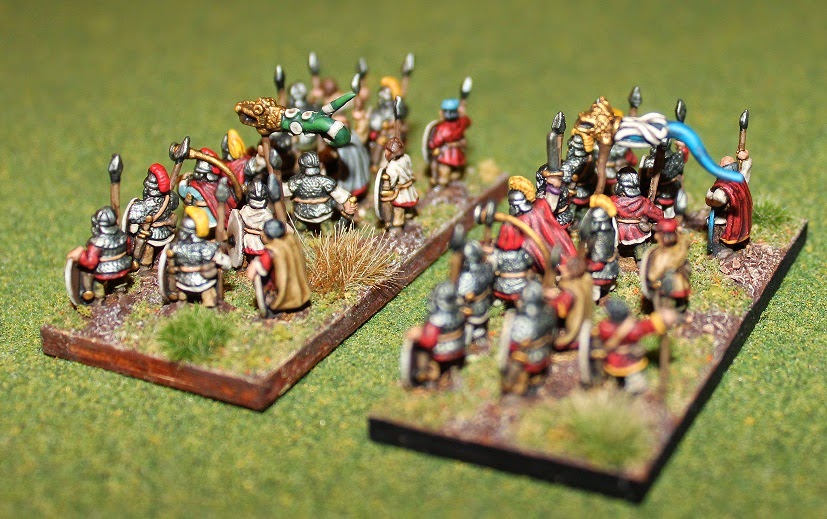 I have 20 or so points of British in two regular rider units, two noble shieldwall, one regular shieldwall and one skirmisher with bow.