And another new project... 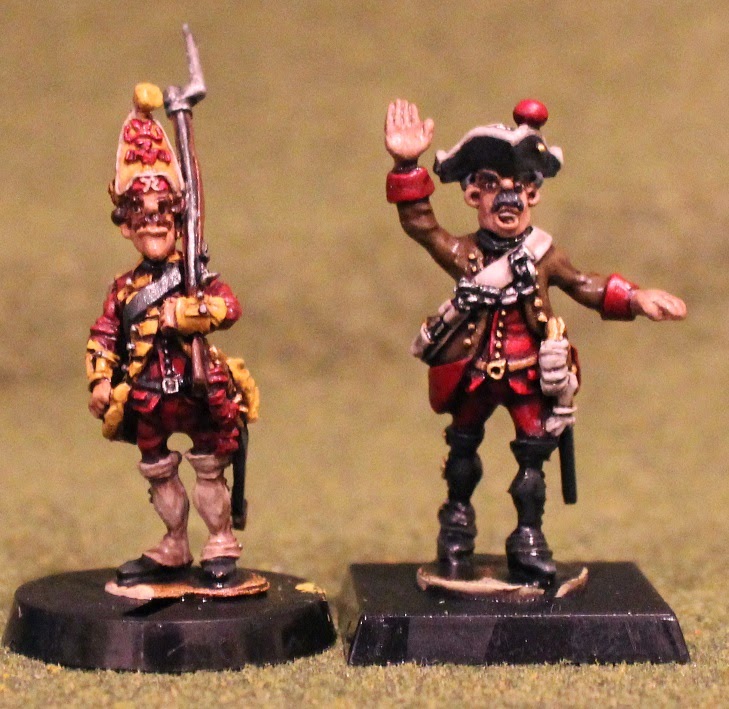 Ever since Eureka released their 28mm Lace War Follies range, I have been very tempted/seduced
by the sculpts. Not normally something I would like with caricature style, these are different. Over the past few conventions I have purchased some "samples". I decided to order a regiment of grenadiers, after reading Neil Thomas One Hour Wargames book. I will either use these rules or Maurice, but they will be imaginations Red and Blue armies. Here are some "Red" soldiers to left: a grenadier and an artilleryman. More to follow.... 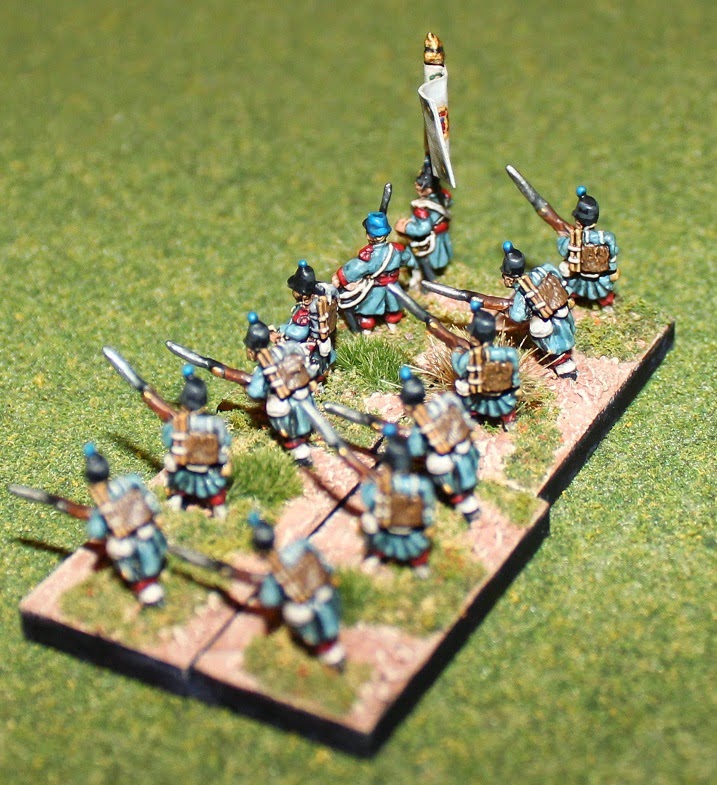 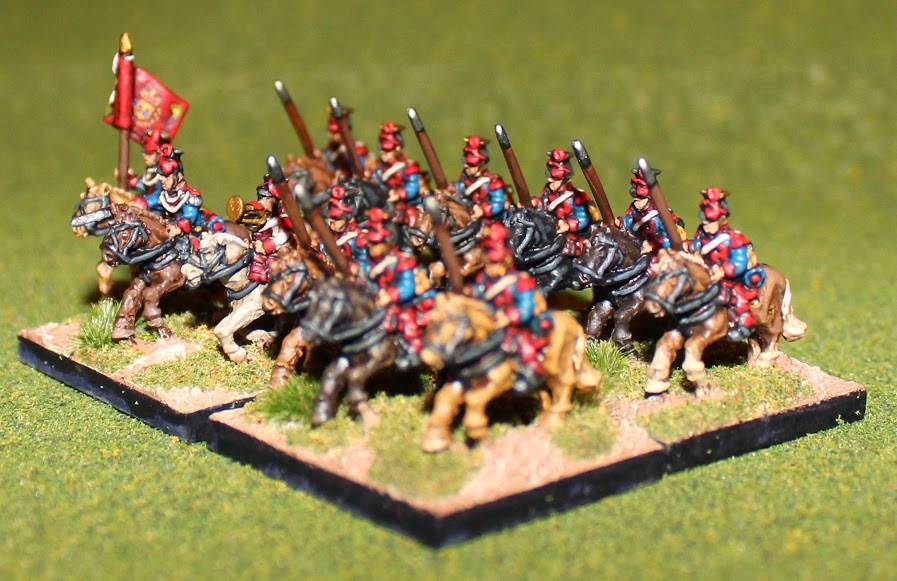 I have always been fascinated by both the Balkans War, as well as pre-dreadnought naval warfare. The only complete range for these ships in either 1/2400 or 1/3000 that I am aware of is Navwar's. Slightly intimidated by Navwar's "archaic" ordering process, I took the plunge by ordering Greek and Ottoman fleets. I was pleasantly surprised by the quick turnaround on my order via snail mail. I was also pleased by the castings, while simple and robust they are excellent gaming pieces.

The Greek Fleet: Destroyers in the background with three Hydra-class battleships and the Georgos Averoff in the foreground.

I added masts to the models with a Dremel drill and florist wire. The bases are Litko.

One of the Hydra-class battleships has a third mast. I painted the ships various shades of grey based upon period photos and illustrations.

Here is the Ottoman fleet: Destroyers in the background, Battleships and cruisers in the foreground.

I opted to paint the Turks in a pale khaki color. Sometime around 1912, the fleet went from khaki to grey. Khaki is more striking and helps differentiate them from the Greek grey.

I have only gamed with these fleets once, refighting Lemnos using the ruleset "When Dreadnoughts Ruled the Seas". I had the benefit of the rules author GMing the game. The Greeks won a hardfought victory in the refight. Despite losing some destroyers and a Hydra-class cruiser, the Greeks sunk all of the Turks with the exception of the two Brandenburg-class battleships.