I finally finished up some 10mm Irish/Scotti as an opponent for my Sub Roman British. The bulk of the figures are Magister Militum, with some Pendraken mixed in. I decided to start with three bases: Warriors, Skirmishers with javelins and a Chariot. I know there is debate about use of Chariots, but as a wargamer...why not? Here are the three bases arrayed for battle:

The Chariot was a breeze to assemble and paint. The rider looks a little too "celtic" for me, I regret adding a vest to him to make him more "Irish". I added some Pendraken miniatures as chariot runners to make the base less sparse. 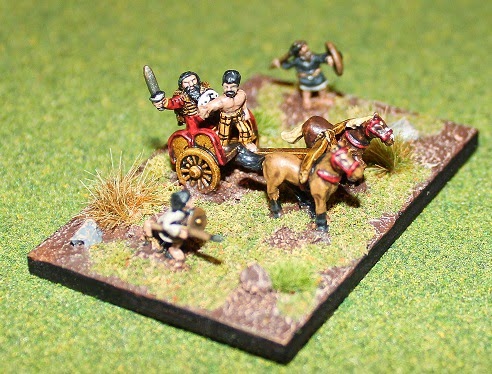 The Warrior base. Entirely Magister Militum figures from several ranges. I tried to keep the colors along Irish laws regulating what and how many colors people could wear. 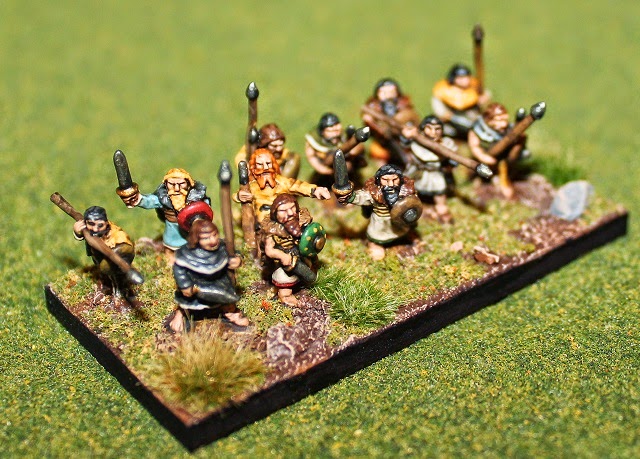 The Warriors back sides... 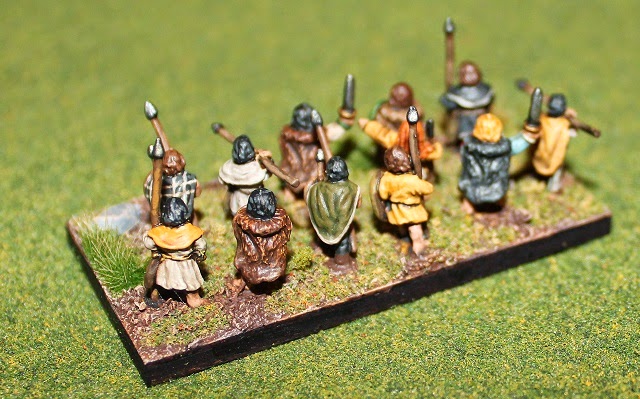 And yet another angle... 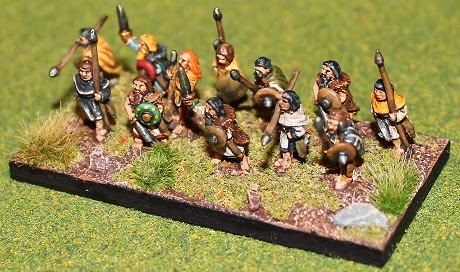 Irish Skirmishers, a mix of Pendraken and Magister Militun. 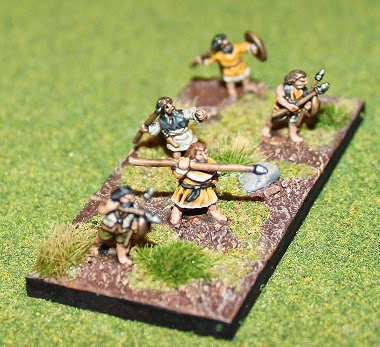 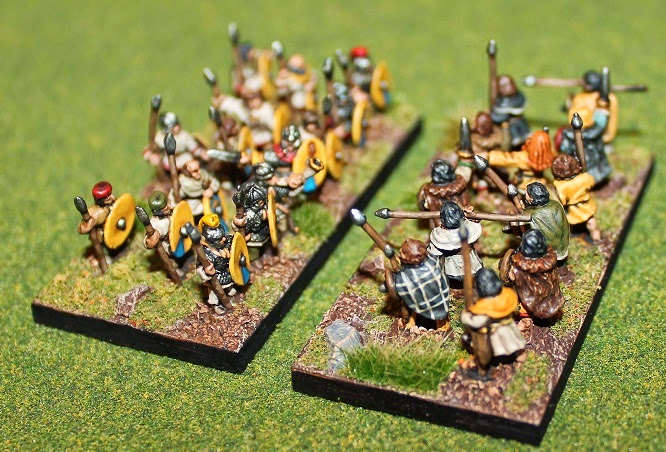 I will tackle more Sub Roman British next, possibly some Noble Shieldwall, then some Noble Riders. After that, more Irish.
Posted by Le Coq Fou at 6:26 PM 4 comments: