While I should be plugging away at more Irish and British to complete my armies, I decided instead to give into something different. I opted to paint some Saxon Warriors and Late Roman Cataphracts, now that I finished I can return to completing my Irish and British armies. 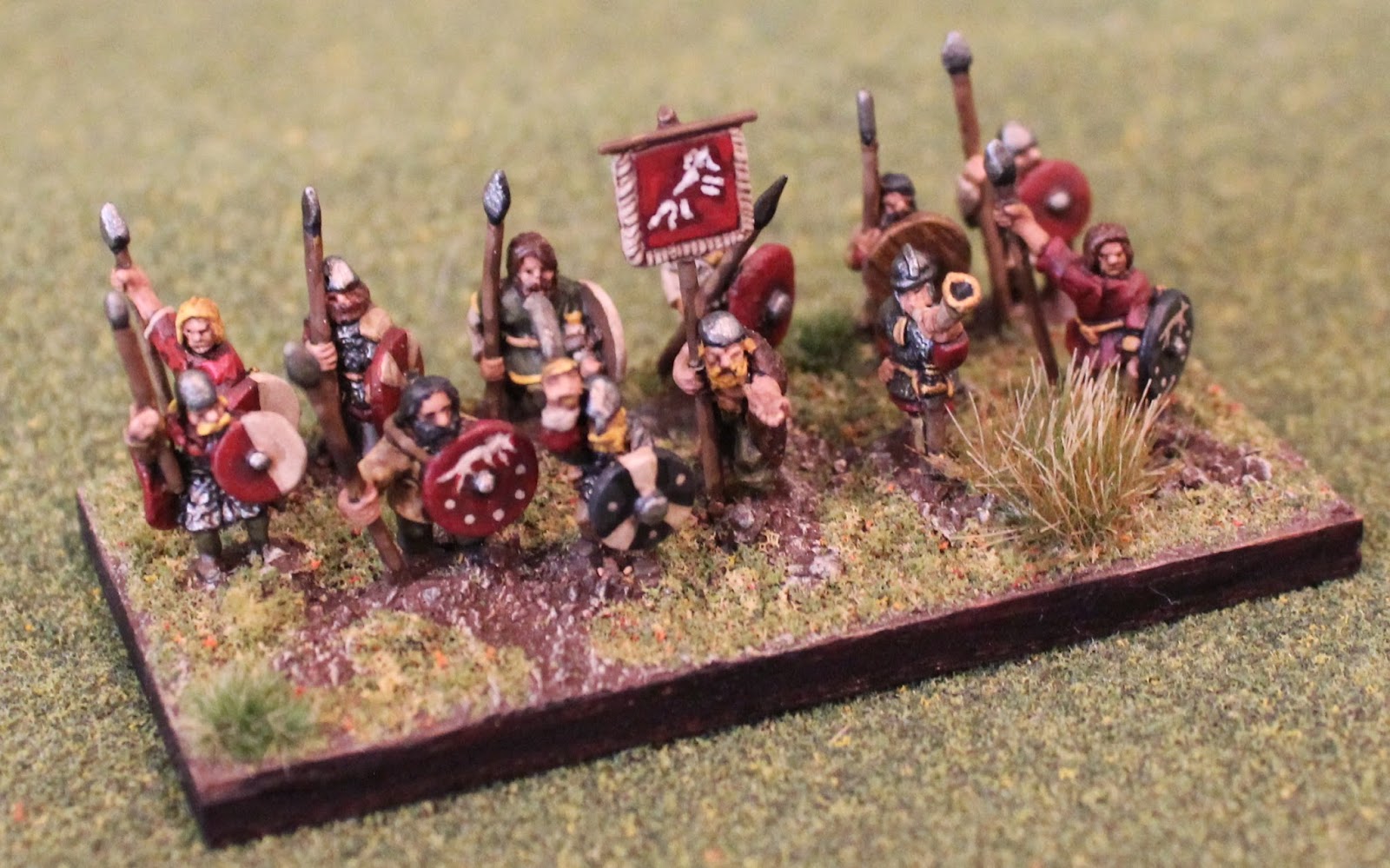 The Saxons are a hodgepodge of figures found within the ranges of Magister Militum and Pendraken. Saxon foederati from the Pendraken late roman range, Anglo-Saxons and Vikings from Pendraken/MM dark age ranges, and some Magister Militum Dacians. 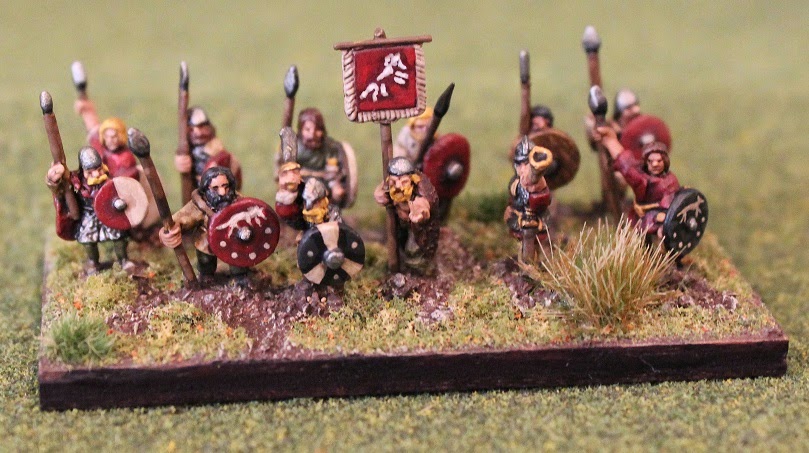 I decided to go with a dark red, black and off-white color palette for the Saxons. Since one of the original invaders was "Horsa" (which I believe means horse), the white horse was used as their icon. I added simplistic white horse motifs to the banner and two of the shields. 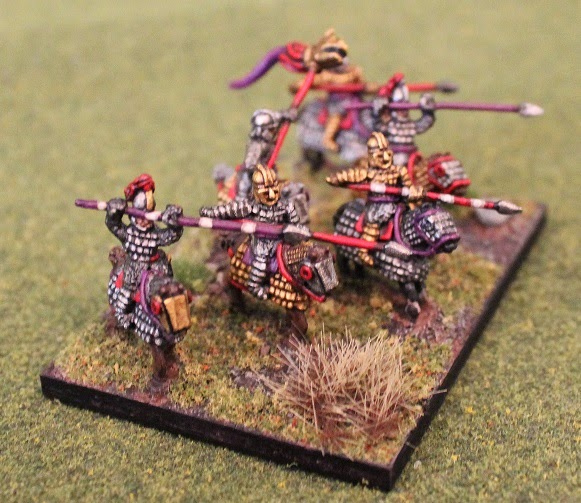 The Late Roman cataphracts are from Pendraken. Beautiful two piece castings, I had some difficulty aligning the torsos with lower bodies in anatomically accurate poses. I should add that was an issue with my poor concepts of anatomy, not any fault of the castings. 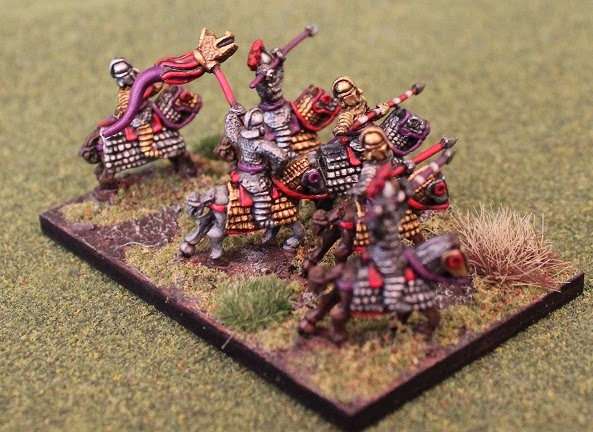 I went with a purple, red, silver and gold color palette since they represent the cream of the Roman heavy cavalry. They may also represent a British warlord's companions in other battles. 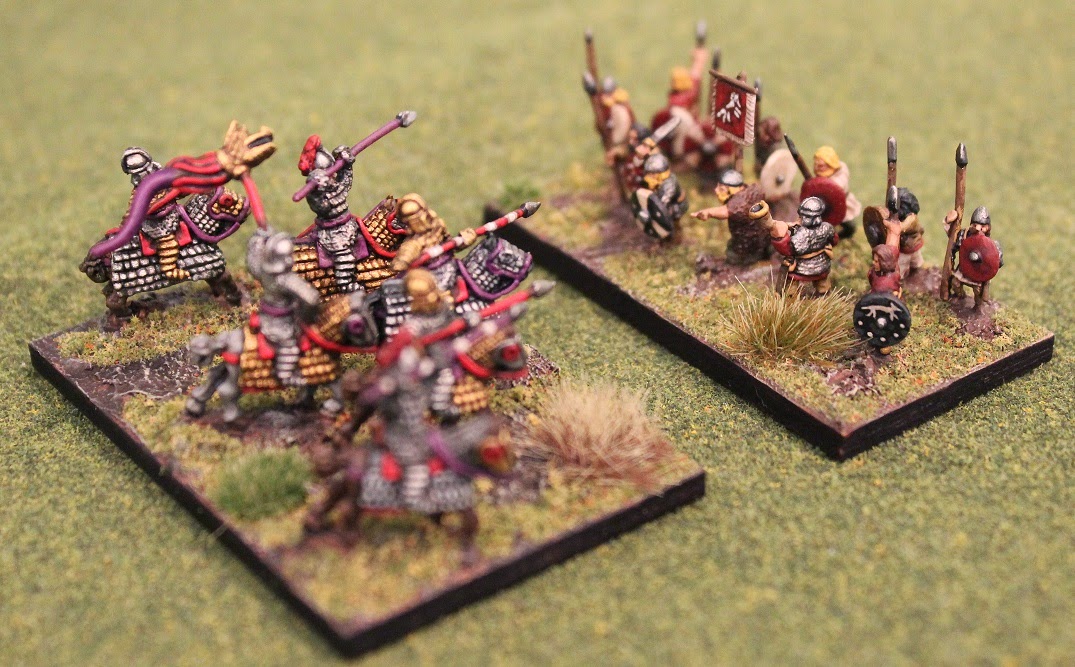 I hope to update soon with more British and Irish additions to my 10mm Dux Bellorum collection.