At last year's Fall In, I played in a French & Indian War game (I think it was the Battle of Carillon using Carnage & Glory). While I wasn't a huge fan of the rules, I picked up a bunch of 18mm Blue Moon F&IW figures. Around the same time I also purchased 28mm Warlord figures and the Muskets & Tomahawk rules. Since then, all of these purchases have sat untouched. This is my effort to put an end to that inactivity.

I gave decided to go ahead with M&T using 15mm figures. This will help facilitate me painting up some forces of Native Americans, French and British Colonials. Here is my first unit, six Native American warriors: 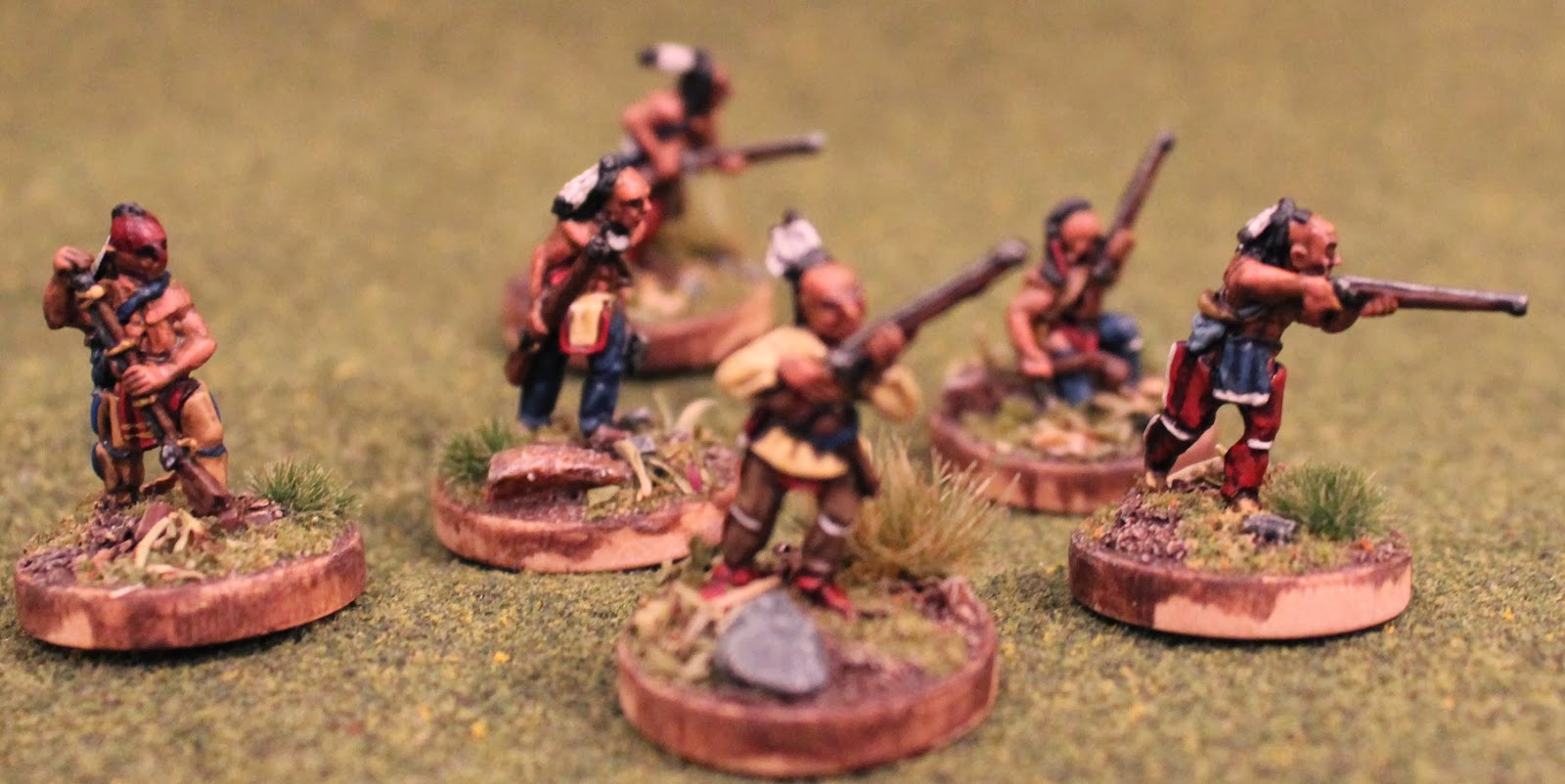 I photographed these with a scenic landscape setting, no flash. Seems to have a "sepia" tone to the image.

I tried to go with a consistent color scheme of red, blue and pale yellow. I really like these figures, like most Blue Moon, they are very easy to paint. I still need to clean up the edges of the bases and add a marking on there to denote the front of the base.

I tried to add a bunch of different types of ground litter, rocks and foliage to depict the "wilderness" on the bases. Next up will be another unit of Native Americans, a sachem and then some Campagnies Franche de Marine. I also need to get back to painting some 10mm Schleswig War too...
Posted by Le Coq Fou at 5:13 PM 2 comments:

Also finished up a unit of Dragoons for each side. The blue comes out lighter than it actually is in reality due to camera flash. Below are the two regiments ready to come to grips with each other:

A closeup of the Schleswig-Holstein dragoons, only one pose (not including the command figures), but the arms can be adjusted to create more "movement" within the masses. 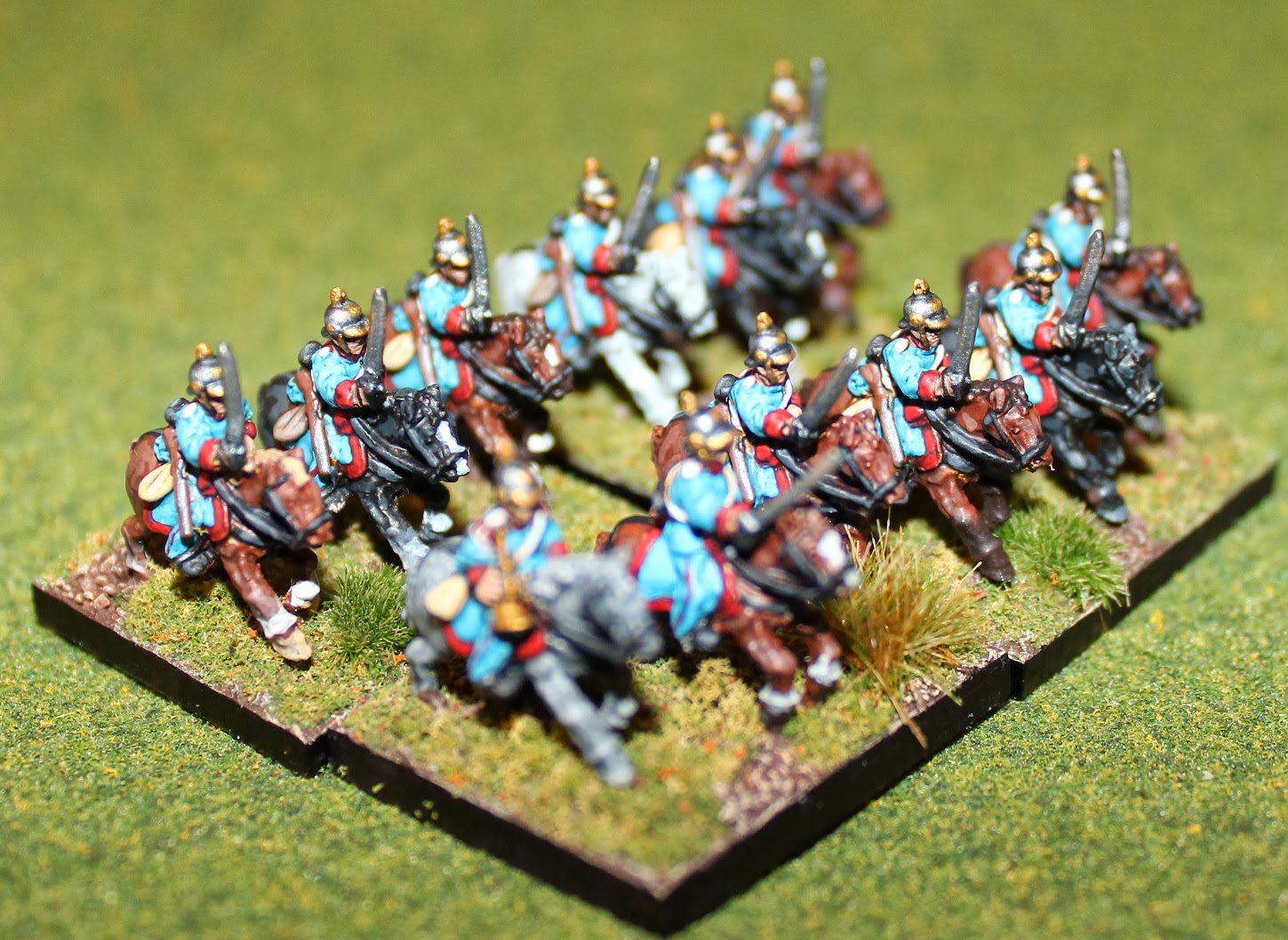 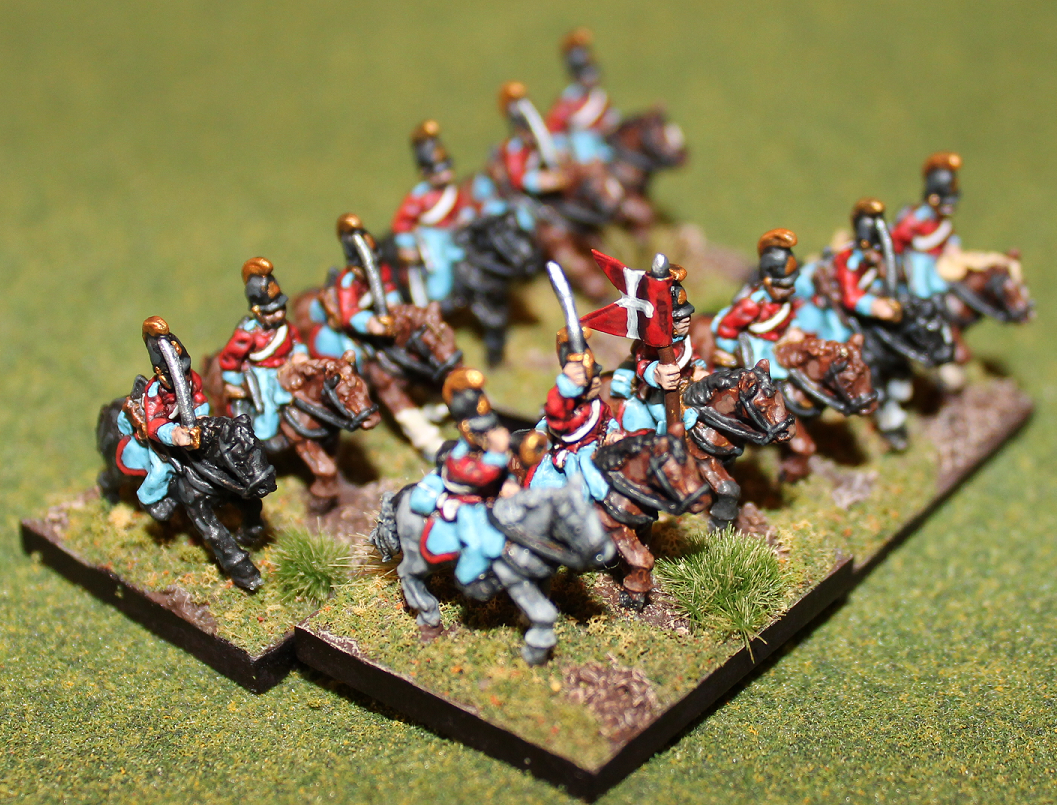 Next up are some additional infantry and some artillery for both sides. I will follow that up with some command bases and yet more infantry....wish me luck.