Its been about two months since my last post, real life getting in the way of painting and such. Last week I managed to get in my first game of Dux Bellorum, the fine ruleset written by Dan Mersey and published by Osprey. I thoroughly enjoyed the game, which is a good thing as I had already started painting 10mm Sub Roman British! Here are my first three units: Riders, Shieldwall and Bow-armed Skirmishers:

The host arrayed for battle.

I decided to go with a yellow shield theme for both the shieldwall and riders. The skirmishers were given blue shields. 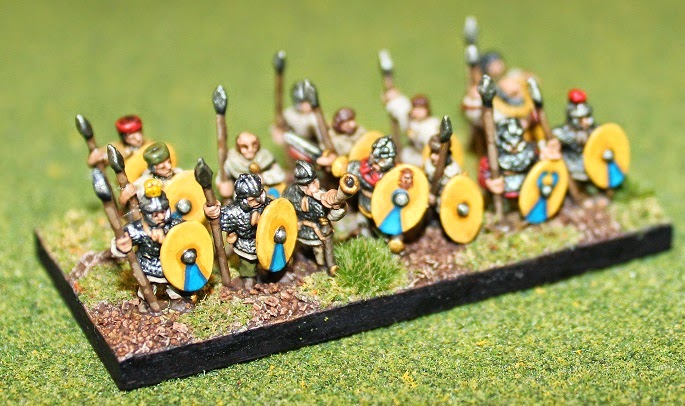 This is a regular shieldwall, nothing special like nobles or companions. The better armored troops are in the front ranks and the unarmored and elderly behind them. I gave the commander of this unit a Jesus icon on his shield. The absence of a draco or other standard is how I can tell its plain ol' shieldwall. 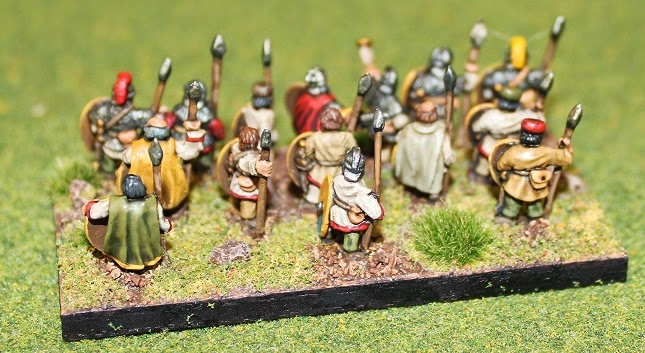 Picture of the rear, this how they will look to most Saxons as they scurry from the battlefied! I tried to give them drab clothing with the occasional red trim. 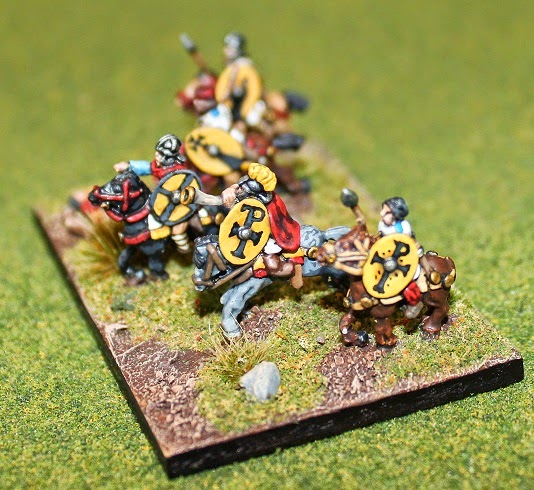 The riders, in hindsight maybe I should have squeezed a sixth rider on the base. All shields are handpainted, going for simple designs. I may order some shield decals in the near future. 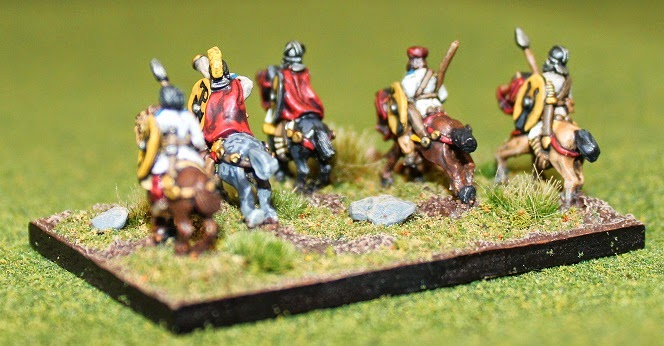 Riders as seen from the Saxon point of view.

My skirmishers, a plucky lot of gents! 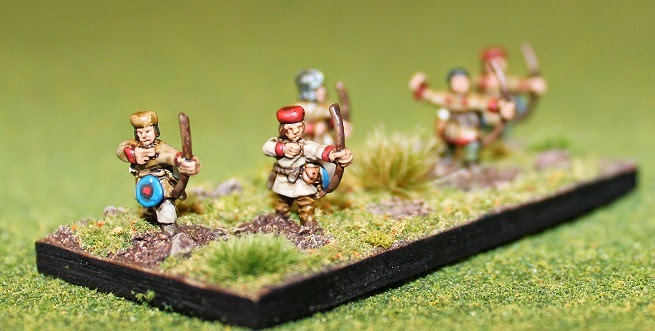 I used a new "wash" for the skirmishers and shieldwall, I mixed a few drops of my normal magic wash (Magic Floor Wax and Payne's Gray) with some Army Painter "strong" tone from the eye dropper range, I am really happy with the effect. I hope to paint up some more sooner rather than later (have some noble shieldwall on the paint desk right now). I also placed some orders for more Pendraken and some Magister Militum as well!