Some gaming to go with my painting...

Last night was a rare moment where I had an opportunity to game at my club, the Dulles Area Historical Gamers (DAHGS), with my long-time gaming partner Frank. Frank and I share a love for Sam Mustafa rules, we have played some Grande Armee, Maurice and Longstreet. The figures were 10mm, the conflict was the American Civil War. The scenario was "Walled Farm" or something like that (page 129 of the rules). 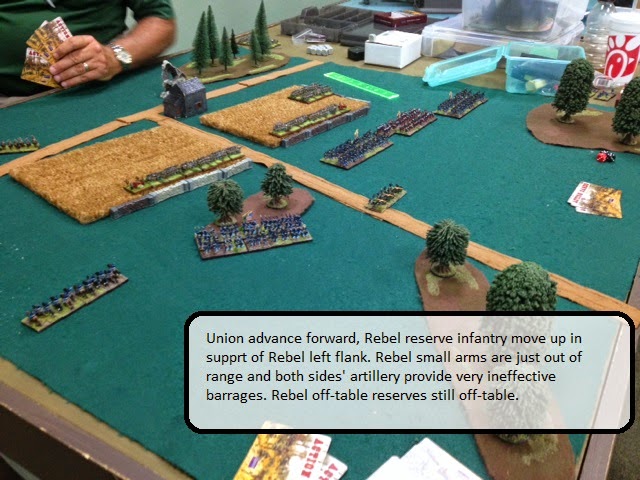 Frank played the Confederates, I was the Union. I had a 46 to 32 stand count and was the attacker. Frank had to defend an objective near the farmhouse and had some reserves available in the 6th turn. The Union troops were Enthusiastic Recruits and the Confederates were Seasoned Vets, so the Union were good at the attack and the Rebels better at defense. The card decks (which give the flavor) were for '62-64. 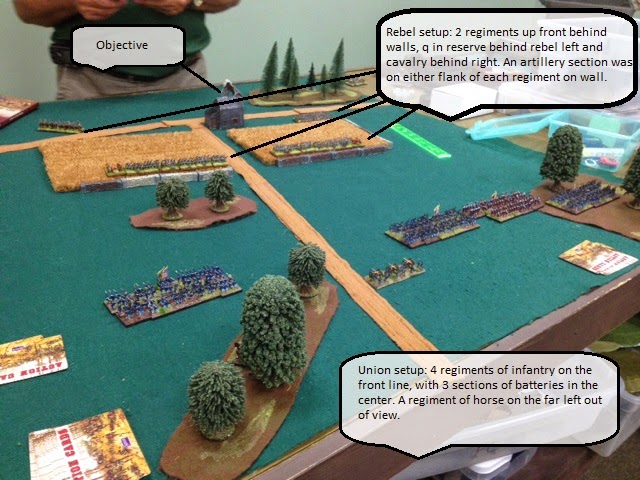 We hadn't played the rules for some months, so we were a bit rusty but Longstreet is a very easy to learn/re-learn ruleset. We were back in the swing of things after the 2nd round. 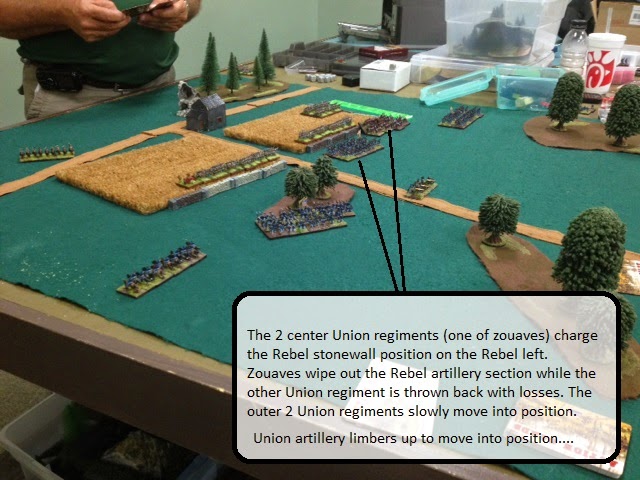 Frank's brigade was based on a brigade formed around Northern Virginia, where we both reside. My Union force was based on a Pennsylvania brigade that one of my ancestors, Charles Brooks, was a member. 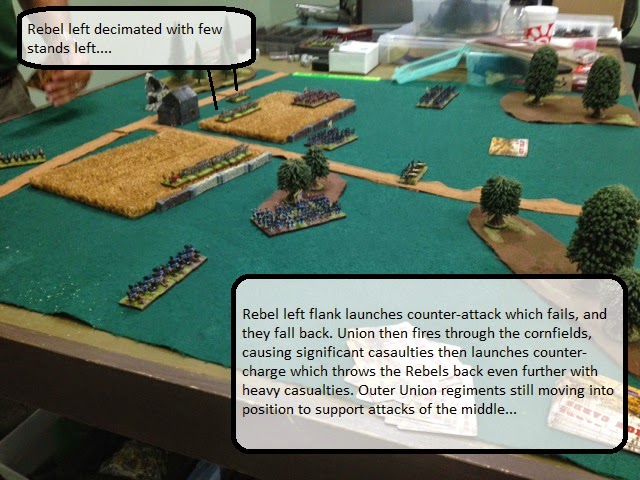 My artillery was commanded by none other than Abner Doubleday, who is credited with inventing baseball. I mentioned the figures are 10mm, mine are almost exclusively Old Glory. To be honest, I didn't put alot of time in the basing or painting of these figures. They were more of a rush job. The ACW isn't one of my big passions, so I just wanted average figures painted on the table. I still need to finish the basing on some stands. 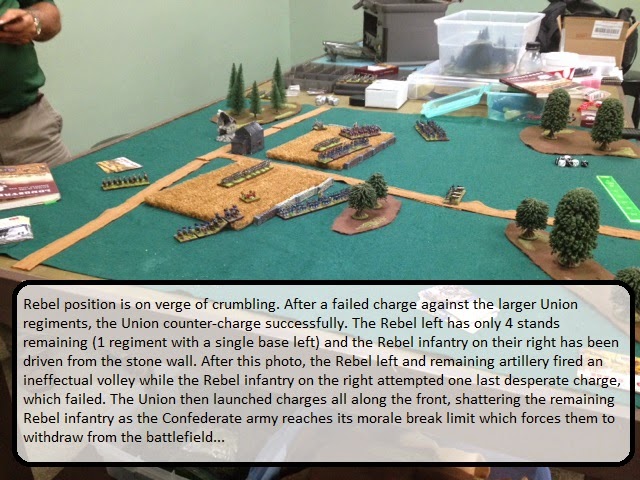 A rare victory for me, which I think was more because of the scenario and die rolls than any great strategy on my part. Frank usually whoops me when we face off on the table top.
Posted by Le Coq Fou at 7:06 PM